Solidarity for Amatrice: inauguration of the socio-educational centre for the youth 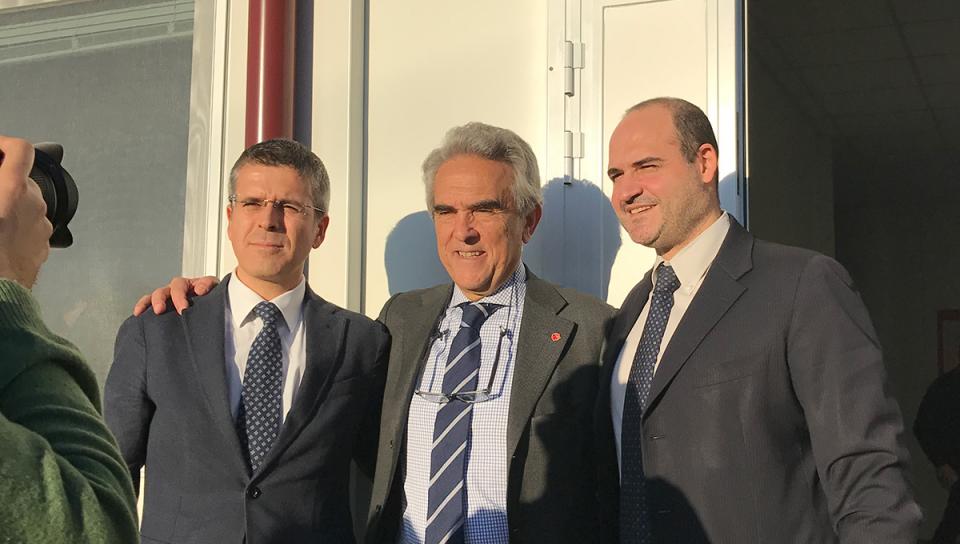 Pescara, December 14, 2016. Yesterday, 13th of December, it was inaugurated the new socio-educational centre established by Save the Children and supported by Fater, Fameccanica, Procter and Gamble and their employees, along with the contribution of other companies.
The contribution of Fater, Fameccanica and Procter and Gamble amounts to 256,000 euros, collected through Christmas markets: consumer goods, mainly in the lists of companies, were donated to Save the Children and used for a charity market open to employees of the company and to the public.

The HR Director of Fater spa Gianluca Nardone, the General Manager of Save The Children Valerio Neri and the P&G Corporate Communications Manager Richard Cabrera took part in the ceremony for the opening of the centre.
It was a virtuous alliance between Fater, P&G, Fameccanica and their employees, who this year brought forward the usual charity market appointment in order to provide immediate support to the project of Save the Children for the population of Amatrice.

The new facility, named "Centro Giovani Youth 2.0", lies next to the new "Romolo Capranica" school, in the hamlet of San Cipriano, and intends to give back to the children and adolescents affected by the earthquake a place to carry out educational, cultural, gaming and sports activities.
The center is located in a 400 square meters area, the space is divided into equipped classrooms in which students can take part in workshops and activities organized by a team of skilled educators: from the study of musical instruments to artistic and creative performances, from creative reading to an informed use of digital networks, from motor activities to tutoring.
About 148 children and young people will be welcomed to share the Centre's activities, coordinated by Save the Children in partnership with the Odyssey cooperative, present for years in the area.

"We partnered with Save The Children with a firm belief -says the General Manager of Fater spa Piero Tansella- because the project will give concrete support to new generations and foster the sense of community of people that were so severely affected." "The earthquake has profoundly changed the lives of the populations in the affected areas, but we soon found in them the desire to make a new start, as well as to revive this area - says Valerio Neri, General Manager of Save the Children - The new center intends to return to the youth, but also to their families, a social space where to study, to play, to socialize".