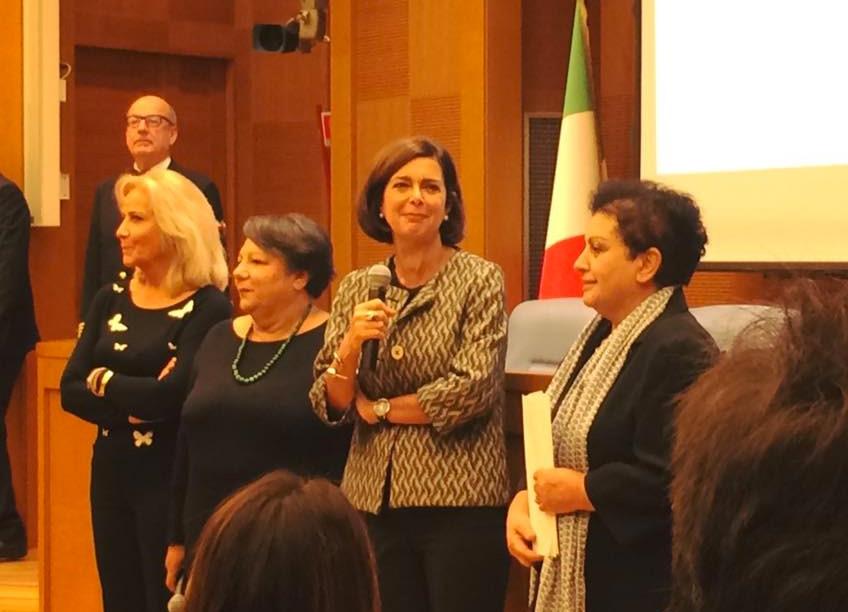 LINES awarded the 1st prize at the "Immagini Amiche" award promoted by (UDI), a national women's association under the patronage of the President of the Republic and of the European Parliament.

Rome October 19, 2016. LINES was awarded the 1st prize at "Immagini Amiche" sponsored by Unione Donne in Italia (UDI) under the patronage of the President of the Republic and of the European Parliament.

The award, inspired by the resolution of the European Parliament voted on September 3, 2008, on how marketing and advertising affect equality between women and men, is intended to counter the tendency of television and advertising to abuse of the image of women up to offending their dignity, and to encourage a type of communication that, beyond stereotypes, conveys positive creative messages.

The award ceremony of the sixth edition, held in Rome on October 18 at the House of the Parliamentary groups of the Chamber of Deputies, was opened by the intervention of President Laura Boldrini, who said during the interview: "Gender equality is also enhanced through language and images: there is now a kind of advertising that respects the essence of the woman, and does not upset it in order to market products and rejects the idea that everything can be sold through women's body".

LINES was awarded the 1st prize for the TV Spot section, thanks to the LINES commercial "I will not give up", distinguishing itself for conveying a positive message through the overcoming of some of the main gender stereotypes. The jury chaired by journalist and writer Daniela Brancati chose the finalists according to appreciation coming from the www.premioimmaginiamiche.it website.

"We chose to convey a message that urges women to overcome cultural, psychological and social barriers that limit them to be themselves, starting with little everyday routine to get to the important choices of life" - said Piero Tansella, General Manager of Fater. "Every woman", - concluded Tansella - "must be free to decline her" I will not give up, "according to her personality and aspirations."